Astral Telecom was a Romanian telecommunications based in Cluj-Napoca, founded in 1993. In September 2004, UPC Romania acquired Astral, however the name Astral was kept for its business division until 2007, when it was completely rebranded to UPC.

In 2003, the company adopted a new logo and motto.

In September 2004, UPC Romania acquired Astral and folded its consumer brand into the UPC brand, with its business division retaining the old name until 2007, when it was similarly rebranded. 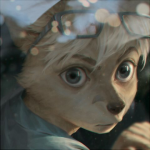