Samaya News was a television news channel that was the first of its kind to be owned by and targeted towards Kannadiga viewers. It was launched on 20 June 2010 with the tag line Naija Suddigaagi (Real/True News). Within one year, Samaya News 24X7 became the second-most viewed news channel in Karnataka. The channel was later bought by Karnatakas Industrial Minister Murugesh Nirani. 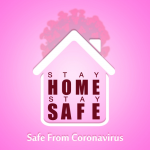