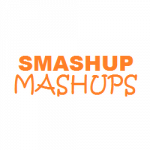 For wanting it above animated movie titles.

If Paramount ever started re-branded their home media system.

2.40:1 version of the ViacomCBS version.

In dreams that Columbia will get the respect and recognition it deserves, it should have its own animation division.
Or it can be made as one if bought by ViacomCBS.

If Columbia were ever to get its own television division; either from Sony Pictures Television, or from my merger idea.

A rebrand logo for CPT Holdings.

If ViacomCBS bought it, the studio would be renamed as just "TriStar" and reuse the old print logo text from 1992 to 2016 to coincide.
Add a photo to this gallery
NOTE: These aren't real logos, or logo variations.

The icon was changed after the user retired his caricature for an original character to serve as his mascot.

Retrieved from "https://logos.fandom.com/wiki/User:SmashupMashups?oldid=1730470"
Community content is available under CC-BY-SA unless otherwise noted.