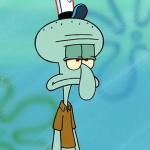 I obey rules and make sure things go exactly as the founder or the admins want it. I have an YouTube Channel where I upload logo remakes and UK VHS/DVD/Game openings on there. I also have a DeviantArt account where I upload stills of logo remakes, and my artworks.

Butt Monkey: I can be this sometimes, if I see things go wrong over here, i.e. vandalism.

Tranquil Fury: I undergo this when filing a report, which shows that I am calm around any situation.

I am also a founder of three wikis:

The Opening credits logos used in some Disney films

The logo itself without the glow.

The screenshot of the MPAA number from Disney's The Jungle Book. The logo is circled with an arrow to send a message to a ignorant user.
Add a photo to this gallery

Retrieved from "https://logos.fandom.com/wiki/User:TPercival?oldid=1614124"
Community content is available under CC-BY-SA unless otherwise noted.