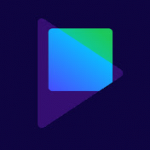 Hello, my name is ThatHyperFighter (based in the United Kingdom) and its a pleasure to be a part of this community!

My life into logos first started at preschool age when I was looking through an Argos Catalogue. Then all of a sudden, I was fascinated by the various cover designs of credit cards so much so that I started designing my own circa 4-5 yrs old. Heck, I even came up with my own imaginary bank that pretty much only specialises in credit cards, complete with an TERRIBLY drawn lion for a symbol.

Overtime, I became interested with Direct Line's visual identity (especially with the red phone on wheels) and also began discovering various adverts from the insurer (With the most interesting ones in my opinion between 2002 - 2008). From 2009 until the introduction of the Winston Wolf 'Fixer' campaign in 2014, the advertising campaigns were rather boring to watch at best. The current 'We're On It' campaign that they have introduced back in March 2020 actually lives on to the success of its predecessor really well and I actually enjoy watching their latest adverts. The other insurance company that I was interested in was Churchill hence being owned by the same company as Direct Line (Direct Line Group).

Ever since I started visiting Logopedia in 2017, my interest of logos only grew as I have discovered various more companies along with various more interesting logo designs, making me want to look at the recents section the moment I click on.

As of now, my dream (well, sort of) is to become an Administrator and to make this wiki a better place.

Thanks for making it this far.

Retrieved from "https://logos.fandom.com/wiki/User:ThatHyperFighter?oldid=1855721"
Community content is available under CC-BY-SA unless otherwise noted.