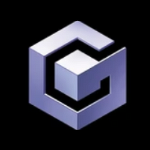 Hello, My name is (you already know, TheRobloxGuy9009).

I like to help out Logopedia a lot, and I visit this wiki daily.

Harman (2017-present)
Add a photo to this gallery

When I was trying to make my first signature, I wanted to make one in the ROBLOX logo style. This was scrapped due to my PFP being the GameCube logo.

Symbol (just the GameCube logo)
In July of 2019, TheRobloxGuy9009 attempted to make his signature, but instead messed up his signature format, resulting in a red link. As of 2020, his signature currently works now and you might see his logos in the future.
Retrieved from "https://logos.fandom.com/wiki/User:TheRobloxGuy9009?oldid=1884991"
Community content is available under CC-BY-SA unless otherwise noted.