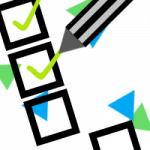 Just an Chilean user coming from the CLG wiki. I am a robot user who is somewhat interested in motion graphics and television. Basically that is the best thing I can say. I will write a more complete profile. For now, just look at the mentioned wiki :/

If that it's not enough, you can also check my youtube account where I upload certain videos related to the previously mentioned things (currently Chilean and Argentinian television), and which is still on working.

Oh, another thing to point: This looks a bit complex, and my English is bad. I don't want to have any problems anyways ¯\_(ツ)_/¯

Some logos I want to mention...